Fake News: How to combat the COVID-19 Infodemic

In the golden age of disinformation, healthcare professionals are left with a challenging question: what can we do about fake news amidst COVID-19?

From the very beginning of the coronavirus pandemic, a common rhetoric has been seen when browsing through the troves of information thrown our way by our daily dose of social media. There is a worrying grey area that blurs the boundaries between fact and falsehood. This is particularly true when it comes to the promotion or slander of public health information. Typical debates revolve around mandatory vaccination as well as ‘big pharma’ endorsement. But it is the controversial mis-coverage of information surrounding COVID-19 that is perhaps the most striking. In the golden age of disinformation, medical students, doctors, healthcare workers and scientists alike are left with a challenging question: what can we do about this ‘fake news’ infodemic? And in truth, the answer is not as clear-cut as one might hope.

A few months ago, I spoke to a relative who had got angry over a post online. A media outlet posted an article that claimed to ‘debunk’ vaccinations by sharing an image of a vaccine and it’s supposed ‘toxic’ and ‘deadly’ contents. To many of us, it may not have been clear that the image was doctored, and it is easy to see how someone could unknowingly share the post, thus contributing to the growing infodemic. But, having read the article myself, it was evident that the claims were false with no reliable source.

Many of the sources on how to combat lies, deception and chaos online seem to have a common shortcoming. While excellent in enabling readers to fact-check their news feeds and social media, they are restricted to more generalised topics such as celebrity gossip and politics. As a result, what they often lack is advice about how to evaluate sources of medical information in particular.

You can argue that any information can be misleading, and therefore potentially harmful, but there is a distinct difference between the two; one claims to be from a doctor. On the surface, this appears to have little consequence, and in some cases can be a viral half-truth. However, anyone can see that the authority of a doctor creates a certain arrogance and a meekness in the eyes of the patient. This is a perception reminiscent in the 1960s experiments of Stanley Milgram and echoed in the infamous crimes of Harold Shipman.

Determining the Cause of Misinformation

A combination of biased news sources, partisan politics, as well as ignorance about basic scientific principles are likely to blame for the disparity in knowledge over these issues. Even in the wake of the BLM protests, scepticism of modern evidence-based medicine remains prominent, continuing to linger and even thrive online. Once a belief shared by a diminishing few, the archaic view has gained further traction in the 21st century political landscape.

This is particularly concerning for the healthcare community, as medical advice continues to be politicised between the ideological right and left. This has left the news industries on the brink of collapse, resulting in a black hole devoid of logic and reason in the place of evidence-based medicine.

A particular example amidst the infodemic stands out. Only a short while ago, a number of articles falsely reporting on the death of the first COVID-19 vaccine volunteer, Dr. Elisa Granato, began to circulate rapidly in an effort to galvanise the anti-vax movement.

While some readers may shake this off as ‘fake news’, many do fall for the lies, and the anger and fear it inspires becomes a dangerous commodity that has the potential to cause harm due to the creation of scepticism around the safety of vaccination.

Dr. Granato and the British government did rebuke the fraudulent claims alongside tweeting information about the SHARE checklist. However, issues arise due to its lack of promotion with many people being completely unaware of its existence, as I was before researching the topic.

More recent claims suggest that the pandemic is ‘manufactured’, with the absurd and (perhaps) offensive opinion that there is no virus at all. The cultivation of a community driven by anger and grief is a dangerous one to say the least, especially when today’s world is intertwined with half-truths, conspiracy and propaganda.

This comes as no surprise when considering some country’s foreign policies. Whether you believe the legitimacy of COVID data from certain countries or not, the fact remains that there is still a large degree of uncertainty when navigating government advice. This is something no more evidently seen than in the American public health arena.

Likewise, scientific reductionism has led to – in some instances –an oversimplification of the scientific method. As a result, this has led to contradictory outcomes. Social media’s ability to change and misinterpret information means fake news can be passed on rapidly before being flagged as false.

An even more absurd idea is the resurgence of buzzwords and phrases that now seem to cloud the web. A simple web search for ‘science’ on Facebook yields a plethora of debates over the validity of science. These posts range from belligerent attitudes towards mask etiquette to the trending #covidblind, with claims often citing ‘political corruption’ responsible for the ‘fraudulent science’ and fake news of the Coronavirus. Here are just some of the phrases that can be found across Facebook:

Interestingly, many of these comments come from those who claim to expose the ‘fraudulent science’ of ‘man-made global warming’, with users turning to basic rhetorical techniques including alliteration and rhyme to help consolidate and polarise their views.

It’s this type of inflammatory language that creates a feedback mechanism, a snowball effect that generates more inaccuracies as support accumulates. As a result, social networking giants are now taking more aggressive approaches toward algorithms that spread fake news.

Facebook recently launched a programme to inform users if they have been shown fake news connected to the coronavirus. This comes after online activist organisation Avaaz published a report detailing that over 100 of coronavirus related pieces of misinformation reached a staggering minimum of 117 million estimated views on the platform.

However, many of these posts – despite being made known to Facebook as false – failed to be marked as such. It may therefore be fair to say that the site is quickly becoming, if not already, the epicentre of the ‘infodemic’. But as with most things in medicine, you don’t treat what is secondary but indeed the root of the underlying pathology.

So, how do we replace medical scepticism with trust in the profession? Well as mentioned, scientific reductionism has become a rather contradictory tactic in the war against pseudo-science. As a result, we may have to begin to turn away from the historical cautions of healthcare workers engaging with social media. The increase in medics taking to Instagram and Twitter to represent the wider healthcare community, means that now is a pivotal time to get involved.

We as health care professionals are well placed to advocate evidence based medicine. Although we cannot regulate what people say or share online (after all, science itself is underpinned by debate and disagreement), we can use our positions to spread valid medical advice on the sites that focus the spread of the health infodemic.

The Calm after the Storm

So, as the lockdown measures begin to ease in the face of a second wave, we should seize the opportunity to combat misinformation, and encourage people not to take what they read at face value but to research it for themselves.

As an editorial in the BMJ describes:

‘The sheer volume of medical information online can make it difficult to retrieve reliable, evidence-based information and distinguish medical fact from fiction. The multifaceted nature of medical misinformation means that we cannot expect any single intervention to solve the problem alone’…

See the full article on the BMJ here.

This is something which holds particularly true in these pressing times. But, a combination of the above may seem to do the trick. Endorsing more reliable, web-based patient resources while collaborating with healthcare influencers can help to cultivate an ecosystem of fact-checking. Thus, disseminating true, evidence based medical information can then begin to challenge the growing infodemic. Only then can logic and simple science prevail.

How do you think we can combat health misinformation on social media? We’d love to hear from you! Contact us here.

Alex is a medical student studying at the University of Leeds, with an interest in literature, medical humanities and health politics. He also writes for his medical school magazine and runs a social media page, Thornton-Worsley, a platform he hopes to use in order to promote medicine to prospective students, arguing that pursuing a career in medicine need not forfeit the arts and humanities. 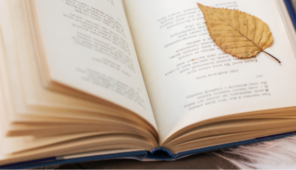 GP in the time of Covid 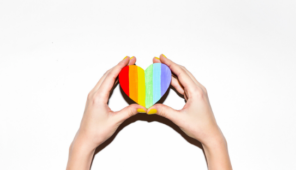 The spirit of the NHS 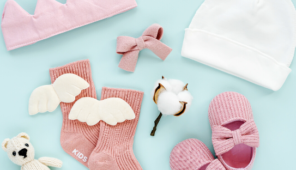 A balance of duty and guilt 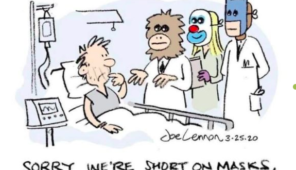