We were fortunate to have medical student Isabella El Makdessi cover this fascinating coding event, a healthcare hackathon. She shares her review of the event, along with some tips to get involved in coding….

What on earth is a Healthcare Hackathon?

I visualised coders working through the night on nothing but in-jokes, energy drinks, and a genuine love of data. Reality is somewhat different, but not entirely. I arrived at Product Forge on Castle terrace, looked up at Edinburgh Castle, at the modern sliding glass doors emblazed with ‘CODE BASE’, took a deep breath, and entered. “Hi, I’m Bella I’ve spoken to Michael about covering the event” —- what followed was a whirlwind of introductions, ideas, and chatting with teams with names such as “Hacking Cough” and “Data Freaks”.

Who are they? Entrepreneurially minded data scientists and analysts, clinicians, designers, and software engineers

What are they doing? Developing new product ideas for patients, front line staff and the wider NHS.

Coders? Certainly, but I was also surrounded by clinicians, data scientists from ISD (Info Services Department of National Services Scotland, but of course you knew that), sponsors like Anna Grant from Carnegie UK, and some absolute polymaths such as Professor Oliver Grant. Apart from being both a neurosurgeon and orthopedic surgeon in his career, Dr Grant also cycled across the USA. It was his tweet that coaxed the esteemed Catherine Calderwood, CMO, to drop in on the event and give an impromptu speech. He was rewarded with the “Best use of social media to harass a public servant” award from the team at Product Forge.

Catherine Calderwood spoke of an increase in personalised medicine and improved reciprocal communication between doctors and their patients, as well as the importance of big data.

The data is what is actually going to save lives. You are realising realistic medicine for the future and for Scotland.

Doctors, coders, students, and designers who had never met before, formed small cross-functional teams to work on, and in many cases produce, a product prototype. Supported by NHS industry experts and the advice of mentors from all sectors, feedback was fairly continuous. Crucially, they had some data to play with! ISD, utilising an open government platform and license, has released health data — and for the sake of the event ISD went a step further and designed an interface to help non-data scientists utilise the information. Lorna Grant (ISD) encourages engagement and highlighted “the more data we have, the more we can give back”. Medical imaging data was also made available.

Dr. Michael Barry stressed that coding skills would become a staple in the skill set of future doctors.

Anna Grant from Carnegie UK spoke about how #futurehealthpf was relevant to libraries, explaining that it’s assumed the young generation are all able to use technology but “not all young people have the skills, confidence, or access — that’s where libraries come in. We want to tailor and maintain offerings so no one is left behind” #notwithoutme

A recurring theme was health providers resistance to change, as a feature of human nature, and how simple apps and interfaces improving on existing but more complicated pathways could combat this. For instance, Dr. Valdez-Hernandez, a researcher and NHS analyst working on degenerative disease, was working to develop a mobile app for localising and scoring pain, removing subjectivity, error, and loss of data associated with paper records. SymptomApp made it to the final three.

On Sunday morning, teams gave practice-pitches to mentors who provided useful feedback in time for the the final presentations that evening. Criteria considered were threefold:

That evening all teams gave 1 minute presentations and finalists were selected by a panel of judges to speak for 6 minute on their project.

The winning team was led by Dr.Mark Dunn’s experience in the organ transplant system – namely, that it is too slow and families stress and withdraw support. The solution? oBay.

The app, available on the web and smartphones, aimed to revolutionise organ donation – a process which still involves a series of phone calls, with all the associated delays, and can take up to 24 hrs. The app aims to save lives by getting the right organ to the right person, near the right surgeon, in a timely way that uses feedback to keep all informed.

Dr.Dunn gave a short speech, largely praising the coders in the team,

They wrote 3,500 lines of code in 3 days. I wrote a few lines on the powerpoint

Overall, the event was a resounding success: 75 people participated, making it 3 times larger than the usual events.

Read on for how you can get involved in coding, and changing the face of medicine today:

WHERE DO I GET DATA?

WHERE DO I LEARN?

With us! Check out Coding For Doctors 101 on our Upcoming Events page

COURSES on coding are also available at :

If, like me, you’re still a medical student, why not consider a simple project that could incorporate coding into an SSC or independent project? You’d be amazed at what kind of resources are available to you as a medical student, and your libraries will have software that may otherwise be expensive to buy independently. The University of Edinburgh gives students access to Lynda.com, an online skills development service that offers students and staff video courses in digital, technology, creative and business skills.

Yes, it did feel like dropping into a cafe full of people who mix English and a foreign language casually, but as with everything else if you jump in you’ll learn to swim, and I encourage you to do just that! 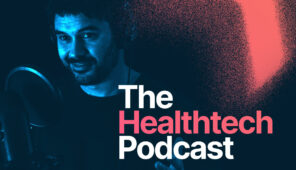 The Story of Medic Footprints 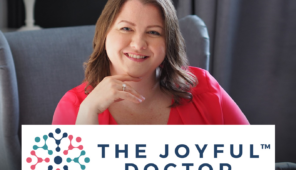 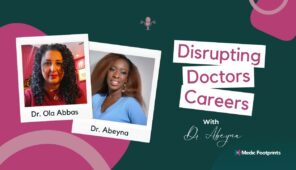 Misconceptions About Becoming a Consultant in the NHS 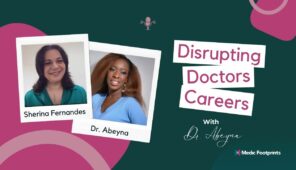 What do GPs look for in a telehealth company?