The real life of a forensic medical examiner

What does a forensic medical examiner actually do? Find out all the details here with our interview with Dr. Sabrina Valentino. There seems to be a lot of mystery surrounding what an Forensic Medical Examiner actually does, despite it being a well paid role with flexible opportunities for doctors looking to step out of conventional medical practice.

Therefore we catch up with Dr. Sabrina Valentino – who went from GP Training to  working as a Forensic Medical Examiner (FME) for a national company.

What are the common misconceptions about being a forensic medical examiner?

That we are forensic pathologists. In fact we are generalists, often GPs, who provide medical assessment and treatment to those in police custody (amongst other things).

What inspired you to pursue a career as a forensic medical examiner?

Despite my interest in televised forensic documentaries as a teen initiating my interest in science and medicine, choosing to leave the NHS for this career was all a little bit of a surprise. I was a GP trainee on a NICU rotation when I met one patient who introduced me to the role. I was completing a routine newborn check on a weekend on call when a little boy asked if he could borrow my stethoscope.

Despite being 4 years old his pronunciation of the word was immaculate so I turned to his parents and asked which one was the Doctor.

They both were doctors. But they had both left the NHS for alternative careers.

His father was a pilot, and his mother had left general practice for forensics. She told me a little about the career and the flexibility she has in her role and encouraged me to look into it. I must say it was a tough weekend on call and I immediately took her advice post-shift.

I applied for a job and thought I’d never hear anything. I didn’t, until a few months later after another gruelling weekend on call. I was invited to interview and thought I’d go and see what happened. My rotations in emergency medicine, general practice and psychiatry appealed to the interviewer and I was offered the position. It took a few weeks of deliberation before I accepted and handed in my notice.

What is the typical day in the life of forensic medical examiner?

The beauty is, there is no ‘typical day’.

I work on a rolling rota of four shifts on, four off- each shift is 12 hours long. I cover the large geographical region of Bedfordshire, Cambridgeshire and Hertfordshire and can be sent anywhere I am needed. Whilst on-call I give telephone advice to forensic HCPs (nurses and paramedics) who are based in custody suites. They may ask for general advice, private prescriptions or for me to attend custody to see a complex patient.

I may be called out to detainees with complex medical conditions, who often haven’t sought medical attention for a prolonged period of time due to their social circumstances; to perform mental health assessments for acutely unwell detainees or to attend an unexpected or suspicious death.

How do you separate work from home?

At times it can be difficult to unwind after shifts; I may have spent the day with a detainee arrested for suspicious activity related to terror offences, or been to a challenging case of suspicious death. Given the territory that I cover, the journey home is often a sufficient opportunity to reflect and unwind before arriving at home.

I try my best to ensure that I see key people in my life on my days off, exercise and make time for leisure activities. I always found this difficult in the NHS as I was always just exhausted on my days off, but I definitely have more energy for my own time in this role.

What are the most important lessons you have learned from a career as a forensic medical examiner?

There are interesting and mentally stimulating roles for doctors outside of the NHS. Prior to meeting that family on the postnatal ward, I must admit that I felt rather trapped in the NHS career path. Since leaving I have had to be more pro-active about maintaining up to date with medicine and CPD activities, but that isn’t a problem if you are organised.

If you could go back in time to when you first entered this field what advice would you give yourself?

You’ve done it ALL before, just in a different setting. We use exactly the same skills in forensics as we do in general medicine. The four days of on-boarding induction felt too fast at the time, and the hour before I started my first shift was one of the most daunting hours; but having been in the job now for over two years, I can see that all doctors have what it takes- they just need common sense and a true interest in people to work in custody suites.

What advice would you give to doctors who have interests in becoming a forensic medical examiner?

I have found my experience as a psychiatry junior doctor most helpful, if you don’t like psychiatry, this may not be the job for you. The Faculty of Forensic and Legal Medicine (FFLM) run their own courses and webinars, and there are also membership exams that you can complete if this interests you. 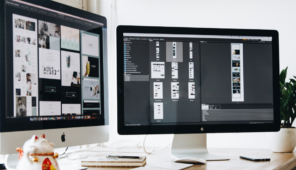 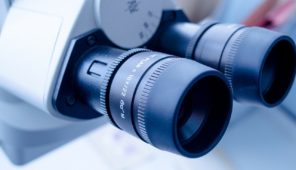 A Journey To Biomedical Field by Dr Anthony Lawrence Practical tips to setting up a live workshop for doctors