Titled Also Human: The Inner Lives of Doctors the book talks about what it means to be a doctor today. Join Paul Grant as he reviews the book.

With doctors’s wellness and well-being becoming crucial discussions right now, Caroline Elton’s book could not come at a better time.  Titled Also Human: The Inner Lives of Doctors the book talks about what it means to be a doctor today. Join Paul Grant as he reviews the book.

We all recognize that being a Doctor is hard work. Physically, mentally and emotionally. Very few other professions require the same amount of commitment, dedication and emotional engagement.

A recent report has shown that Doctors have taken significantly fewer sick days than all other workers in the NHS. It is simply not the done thing to phone in sick. It is hard for doctors to believe that one is not letting one’s team or patients down and to take the same advice that one might give to others; to look after yourself.

This is part of the mindset of being a Doctor, high achieving, dedicated, unwilling to look like a failure.

Members of the medical profession continue to have high levels of stress, burn out, depression, divorce and suicide. You think that you are alone? Think again.

Caroline Elton is an occupational psychologist who has spent the last twenty years training and supporting doctors. She received her PhD from University College London’s School of Medicine. She has also set up and led the Careers Unit supporting doctors in over seventy hospitals across London.

In her recently published book; Also Human: The Inner Lives of Doctors, Caroline looks at the phenomenon of how the medical profession fails to look after itself given the considerable strains that Doctors are under.

Doctors have to cope not only with the stress of helping people cope with disease and suffering on a daily basis. They also have to take significant responsibility for people’s lives, and also have to work in a poorly managed and organized health service. Which is chronically underfunded and over managerialized.

This book contains deep insights about how clinicians work.

It looks at how they are fallible. And how they can fail to recognize their own problems when they are clinically competent and externally viewed as very successful and resilient. It notes that many are reluctant to let this facade fall. And as a consequence, the stress and the pressure to continue to be perfect and successful mounts.

Normally, the decision to go for a career in medicine is often made around the age of 16. A well-recognized time for informed decision-making! It is difficult for anyone to form a realistic expectation of what life as a Doctor might be like at that stage. So when years later you may be stuck in a complex and messy job, it can be hard to see a way through or a way out.

Too many trainee Doctors realize too late that they are not cut out for the job. Many simply underestimate the commitment they’ve undertaken.

Caroline Elton now works outside the NHS. After many years, he says one comment from a GP referred to in an interview given to The Guardian newspaper, summarizes the beliefs of many,

A huge number of experiences brought me to my belief that the NHS doesn’t care. That it chews people up, and spits them out.

If you want to read more of what Caroline Elton has to say about the Inner Lives of Doctors, grab your copy of Also Human.

You can purchase Also Human: The Inner Lives of Doctors on Amazon 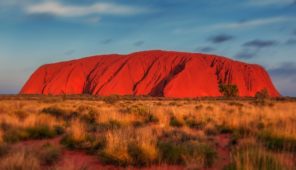 How I created a Portfolio GP career 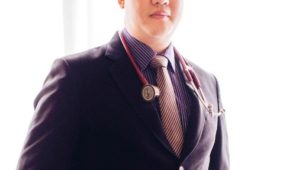