Many doctors are looking for other options. Working overseas is just one of many possibilities; perhaps a change in work… Many doctors are looking for other options. Working overseas is just one of many possibilities; perhaps a change in work environment may be the key to issues you face on a day to day basis? Or knowing that there is an amazing beach a few minutes walk away you can pop to during the lunch break, is a great compromise to an arduous work schedule.

Below, we explore common reasons why doctors leave medicine;

Sounds fairly simple? I’ve spoken to various medics at different stages in their career who have expressed this feeling. Commonly this happens in medical school or during foundation years, followed by another peak in the 30s-40s and the last just before retirement age. Some of these individuals never wanted to practice and saw medicine of a stepping stone to another pathway either in or indirectly related to healthcare such as pharma, management consultancy or even politics. The latter may feel disenchanted by medical practice in general after years of dedication, it never quite reached optimal job satisfaction, and some just want to change careers and pursue other avenues.

I remember when I made one of my first mistakes in my career. One of my patients was noted to be hyperkalaemic (high potassium) overnight. She was subsequently treated with insulin dextrose. I spoke to one of the doctors who managed her (whilst I was off duty and she was still at work!) stating that the tented t waves on her ECG that had been done earlier in the day were ‘obvious’. I cried throughout the night in shame. The next day I reviewed the ECG; it wasn’t that obvious, and most importantly my patient was well, just as she had been the day before. It took me a long time to accept what had happened and move on because I had shrouded myself in blame.

I’ve made several mistakes since… but never the same one twice.

Unfortunately human error is inevitable and as a medic, it’s part of your day job. Many of us practice ‘defensive medicine’ these days which, in some ways, can be detrimental to the quality of care patients receive. This involves focusing on the liklihood of being reported to your medical regulatory body if you are found responsible for a mistake, and subsequently struck off. This will affect your clinical decision making and practice in many ways; more time filling in paperwork detracting away from clinical work, referring immediately to other specialties for potentially low risk or non-urgent problems in the concern you may be missing a serious problem, requesting a barrage of unnecessary tests, strictly adhering to guidelines / policies without applying clinical judgement etc.

The GMC reported 28 doctors committing suicide whilst undergoing fitness to practice procedures between 2005 and 2013, further stating that making mistakes which lead to be reported is an occupational hazard in every medical career.  In response, one of the recommendations is emotional resilience training.

Its of no surprise there is a huge fear of making mistakes among the medical profession, especially in a culture of perfectionism.

This doesn’t really require a detailed explanation; some medical roles can be mentally and physically exhausting. With lack of mindfulness, an unsupportive team and a bad ethos / work culture, this outcome is inevitable. If you’ve come near to a point where you don’t see anyone else but your patients, you do not have time to pursue your hobbies outside medicine and you spend your time away from work purely sleeping, or in some cases, not at all, then perhaps its time to reconsider your options.

4. HEALTH PROBLEMS THAT IMPEDE YOUR WORKABILITY

Doctors treat patients, but are patients themselves. We have the same health problems our patients do. The only difference is, we are members of a profession who risk neglecting their health problems due to lack of time. I’ve known doctors working with pyelonephritis and appendicitis for days until they became septic, going into renal failure whilst working due to lack of time to go to the loo, and even recently I paid a visit to my hospital’s A & E with an ongoing health problem that was progressively getting worse, timing it so I could still make it to my first clinic in the morning  .. and so forth.

Moving on from the acute problems, chronic problems can have a significant impact on our workability; mental or physical. Many forget the former because it is a hidden illness, yet potentially has a profound impact on your ability to do your job well.

Doctors are equally unaware of the role of Occupational Health services in supporting them at work whilst they have chronic health problems or even returning to work after a protracted sickness absence, and sadly feel that they are forced out of the profession because there are no other options. As a result of better healthcare, our workforce is aging meaning a working population with more chronic health problems. It’s important to realise that all doctors who suffer from health problems can be managed well at work with the right amount of mindfulness, foresight and multidisciplinary expertise.

5. AN OVERARCHING DESIRE TO PURSUE YOUR PASSIONS

Would you be surprised if you did a poll among a group of doctors asking them how many of them wanted to be a doctor whilst they were growing up, and the majority stated that they wanted to do something else?

Those dreams don’t simply disappear once you’re in the profession, and equally, there’s a possibility that doctors may be pursuing that hobby or career option on the side because they’ve planned their medical career / commitments to accomodate it.

What happens when those passions could actually be a source of income and you would prefer to dedicate more time to it in the hope it could either become your business, or an alternative career which would help you develop personal and professional talents you are unable to explore in your current medical field? Many doctors have walked this path, sometimes straddling careers for a period of time before they were ready to take the plunge. Read some case studies of doctors who have diversified their careers whether in or outside medicine, and be inspired!

If you’re considering veering off the straight and narrow with the aim to make the most out of your talents, you are welcome to attend our workshop,

You will gain the basic tools required to start a business, learn from other medics who have done the same, discover more about your strengths and how this can be transferred to working in any sector, and network with likeminded individuals.

Abeyna Jones is an Occupational Medicine Registrar, entrepeneur and passionate about career diversification in the medical field.

@DrAbeynaJones – feel free to connect with me on Twitter. 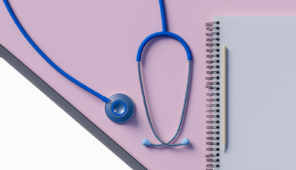 From medicine to healthcare management consultancy 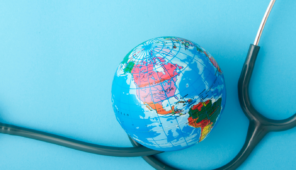 How collaborative are entrepreneurial doctors