No-one, medic or non-medic, could have failed to notice the torrent of rage unleashed by the government’s proposed junior doctor…

No-one, medic or non-medic, could have failed to notice the torrent of rage unleashed by the government’s proposed junior doctor contracts.

For the non-medics among us, the problem here is a lack of understanding. Some common misconceptions are:

Following on from my point 2, if indeed, our doctors can have more pay and a better quality of life elsewhere, what reason is there to stay? Would you stay? If you were working even harder and at the end of the day, you still did not make enough to give yourself and your family a good quality of life. This is the predicament that our doctors find themselves in.

The daily outpourings of rage and frustration on social media is not merely a storm in a teacup. It is a collective cry from a group of people at the end of their tether.

This article in The Guardian written by a doctor frankly summarises what a lot of medics have been saying. These contracts are being imposed upon doctors; there is a world of difference between imposition and negotiation. Can you imagine what would happen if the government imposed such contracts on London tube drivers? As it was, London was practically held to ransom by them over the summer!

It may sound cynical but I agree that the government are driving the NHS towards privatisation. What other possible motive could there be for such draconian new contracts other than to accelerate the collapse of the NHS?

So, the junior doctor contracts affect everyone, medic or non-medic. Imagine a country where people have to think about whether they can afford treatment or not. Like in the USA. Is that fair or right?

Time for a fight before it’s too late…….. 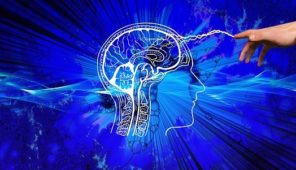