The pay gap between GPs and specialists across the globe

We explore in depth, factors that impact the remuneration of doctors, with a focus on the pay gap between GPs and Specialists across the globe!

How much exactly do doctors earn in different countries? How large are the differences in remuneration between specialists and GPs? And how much does it matter whether you are a salaried or a self-employed doctor? These are some of the questions we will try to answer with the following article, to give you the full picture on the pay gap between GPs and specialists across the globe, with details applying to self-employed and salaried scenarios.

All data displayed was collected from the OECD, the Swiss Federal Office of Public Health and the Doximity Report and is up to date as of May 2020!

Before we get started, a word on cross-country comparison of salaries.  All salaries below are converted to US dollars and purchasing power parity has been taken into account. Adjusting for PPP means that $1 of salary can buy the same basket of goods and services in each country. Hence, we get a more accurate picture of a physician’s standard of living in each country. OECD data also takes into account social contributions and income tax.

Check out our article on the 10 highest paying countries for doctors for more details, but as a reminder here they are again:

Salaried vs Self-employed & the remuneration ratio to average wage

We have to consider the role that employment vs self-employment plays in the remuneration of GPs vs specialists. In Germany for example, the difference between a self-employed and an employed specialist is on average 1.9 times that of the average wage in Germany, which was USD 49’800 in 2018, according to the OECD!

Some countries, more than others, allow more easily for doctors to be self-employed and potentially earn a higher salary than what they can expect from an employer. To what degree that self-employment is possible, often depends on the structure of the healthcare system in each country.

Here is how some of the best paying countries for physicians do in terms of remuneration ratio to the average wage in each country and for countries where data is available we have highlighted the differences between salaried and self-employed, for GPs and specialists.

While both self-employed GPs and specialists earn on average more than their salaried colleagues, keep in mind, that being self-employed can come with great equipment costs depending on your specialty and the need to build up a network of patients. So, before it pays off being a self-employed doctor, it might take a few years.

Where in the world is the pay gap between GPs and specialists the largest and the smallest?

It is a well-known fact that while in most countries doctors earn a good living, specialists earn on average higher wages than GPs (but not in ALL countries!). Let’s have a look at where the pay gap between GPs and specialists are the largest and where they are the smallest:

The average GP in Slovenia, Denmark, Portugal and Poland, actually earns slightly more than their average hospital specialist colleagues. This can be a result of governments encouraging the training of GPs due to shortages, or simply the fact that the country has more self-employed GPs compared to salaried specialists.

All five of the countries with the largest pay gap between GPs and specialists are actually amongst the best paying nations for doctors. In other words, Belgium, the US, Australia, Canada and Luxembourg, already pay their doctors exceptionally well but pay their specialists an extra sum on top of that!

A word on the annual growth in remuneration for doctors

Growth in remuneration over time is another thing to consider when comparing physician salaries across countries.

Government induced changes in physician remuneration is commonly used to regulate physician migration. If there is a general shortage of doctors, for example due to more attractive salaries abroad, a government can consider raising the remuneration for salaried doctors.

This is what Hungary has done over the past 10 years. They increased GP salaries by roughly 80% and specialist salaries by almost double, according to the 2019 Health at a Glance Report by the OECD, hereby reducing physician migration. In 2018 compared to the year before, 10% fewer doctors were looking to move abroad for work.

On average across all OECD countries where data is available, there is a positive growth in the remuneration of doctors over time. However, most OECD countries have higher annual increases in compensation for specialists (5.5%) than for GPs (4.3%).

Austria, Belgium, Finland and Luxembourg are the exceptions, where GP salaries have increased faster annually by 2.77% on average, compared to the average increase specialists received of 2.08%, thereby slightly decreasing the pay gap between GPs and specialists.

While doctors across the globe earn more than the average wage in each country, there are also very large differences in remuneration within the profession. As we have explored, many factors play into the remuneration of doctors; GP vs specialists, employment type and of course which country you work in!

For more information on working abroad, check out our overseas section. Find out how to become a doctor in New Zealand, Australia, UAE and the USA, amongst many more exciting articles!

Rebecca is a graduate entry medical student in Ireland. She is passionate about medical students’ wellbeing, encouraging people to find their unique career paths and enjoys every opportunity to be creative. The Rise of the UK Doctorpreneur

All about prescribing lifestyle medicine course 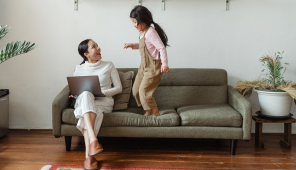 Doctor mum dilemma: The difficult choice between being a mother and an oncologist