All About Prescribing Lifestyle Medicine Course

The first ever Prescribing Lifestyle Medicine event kicks off with an old snag – technical difficulties. No one seems to mind, however. After all, as organiser Dr Ayan Panja jokes, it’s a room full of GPs, so they’re all used to running behind schedule.

There’s a buzz of excitement in the room, as though the 200 or so attendees already know this is going to be a little bit different from your standard CPD-building day out. “This is not a conference, this is an educational experience,” says Panja, as he stands to give the first lecture, the lack of Powerpoint making his delivery all the more meaningful.

Panja and his colleague Dr Ranjan Chatterjee are no strangers to the stage. With the former starring in ‘Street Doctor’, and the latter in ‘Doctor in the House’, both hit BBC series, it was hardly surprising that the quality of presentation was excellent. Both die-hard generalists, Panja and Chatterjee have teamed up with Michael Ash, Osteopath, Naturopath and Nutritional Therapist, to spread the word about Lifestyle Medicine. 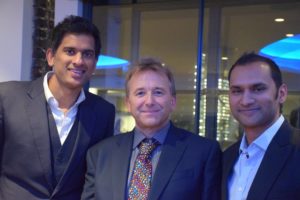 Well – yes and no. The rhetoric about ‘healthy living’ is now so omnipresent that it’s almost boring. How many of us, as doctors, have sat across from a Type 2 Diabetic patient and given the same bland and slightly vapid advice – eat better, exercise more, stop smoking… It’s non-specific, uninspiring, and frankly, it doesn’t work. You still end up slapping them on Metformin and watching them slide down the slippery slope to Glicazide and insulin injections.

“A lot of what we do as practitioners doesn’t really help our patients.”

The problem is, lifestyle is just not covered in that much depth at medical school. I myself vaguely remember the subject being hastily sandwiched between my Global Health module and Sociology, but medical education, whilst excellent in this country, is all about the acute. Even our treatment of chronic disease focuses largely on the symptomatic stages – in a sense, a level of ‘acuteness’ has to be reached before we intervene.

The result is a palpable lack of confidence in doctors when addressing the issue. How many GPs can honestly say they could accurately deliver detailed, holistic, and personalised lifestyle advice for a patient, with a clear understanding of the science behind it?

Classically in the medical profession, ‘lifestyle’ has been, at best, something we leave to the likes of health coaches, nutritionists, and physios. At worst, it’s impractical mumbo jumbo that we just don’t have the time to explore – and yet, we’re all advocates of Erasmus’ famous declaration that ‘prevention is better than cure.’

It’s hardly new, but the concept of lifestyle medicine is pertinent now more than ever as we face an epidemic of non-communicable diseases. With the rates of diabetes, obesity, mental health issues, atopy, and dementia soaring, Panja argues that we as a profession can no longer leave the question of healthy living to the medical fringe.

But how do you prescribe a lifestyle?

The approach proposed by Panja, Chatterjee and Ash moves away from the conventional model, based on symptoms and screening, and focus on the systems. Failure in one system, they say, leads to failure in others, and this inevitably becomes chronic disease.

They recognise the difficulty every generalist faces when dealing with non-communicable symptoms. We all know the type of patient – they walk in, with a long list of nebulous issues, and a general feeling of malaise. They may have had numerous tests, which haven’t shown much, or even specialist interventions that have led nowhere. And you, the GP, have ten short minutes to figure out what on earth to do with them.

To ease this process, the trio have developed their ‘Personal Framework’ – a series of four simple, structured steps that gives GPs the tools to confidently take a lifestyle history and convert it into ‘safe, effective, practical interventions to help change lives and increase satisfaction in [their] clinical practice.’

Personalisation is the operative word here – Chatterjee doesn’t believe patients are lazy when they fail to follow medical advice; rather, he believes that we as doctors need to better at giving them things they can do.

“We’ve got to start thinking outside the box if we’re going to help our patients.”

For instance, why tell someone to meditate for 20 minutes a day when you know they’d be more likely to mediate for two? And you might not get someone from the couch to personal trainer sessions at the gym, but you could potentially get them to go for a lunchtime stroll three times a week.

They’re common sense ideas – tiny changes that nevertheless make the world of difference. Yes, people could choose to do these things on their own, but the point is that they don’t. It’s interesting to consider that perhaps our very authority as doctors empowers people to make the changes in their lives that they’d otherwise have trouble taking seriously.

But where is the evidence?

Alternative approaches to the medical model stand in danger of being labelled as ‘hocum’ without a solid evidence base behind them.

But you couldn’t accuse the PLM team of being lacking in that department – Ash’s fascinating lectures were filled with epidemiology, biochemical pathways, nutrigenomics, and enough journal articles to fill an issue of the Lancet. Notable discussions included nutritional immunology and the role of the gut microbiome in the development of disease, as well larger discussions about autoimmunity and inflammation.

I was astonished to discover, for example, that repeated childhood antibiotics courses could lead to a depletion in gut flora that may never naturally recover, and that our neighbours in Europe often prescribe probiotics alongside antibiotics for this very reason.

“If you have no confidence [or] trust in what you’re doing, it won’t work.”

Now, it’s true that you’d be hard pushed to find double blind randomised control trials in this field. For one thing, who would fund it? We’re relying here on small studies and applied science – but Chatterjee argues that it doesn’t really matter. Lifestyle interventions don’t require an evidence base for the same reasons as pharmaceuticals. Drugs have side effects – we all know that – but with lifestyle medicine, the risks are virtually non-existent.

Primum non nocere came up a lot. Should we not, after all, try harmless interventions first if we can? Think of the dire situation in mental health: patients spend months on psychotherapy waiting lists, and end up relying on medications to get them through in the meantime. The interventions we define as best practices are often simply not available, so our choice is either to dish out more SSRIs, or adapt. If lifestyle changes could be equally, if not more efficacious, the NHS, as well as the patient, stands to gain an enormous amount from the rebalance of the risk-benefit ratio.

“[Evidence based medicine] does not dictate how I practice medicine – it guides me.”

The return of autonomy for both doctor and patient

We are a profession gagged and bound by rigid guidelines. Our curiosity is turned into tick-box exercises, our discernment into obedience, and we’re often forced to stick our patients into neat little boxes, regardless of whether they belong there or not. Lifestyle medicine, however, by its very nature, demands us to use our brains and our judgement. It’s a return to the caring detective work that makes general practice so worthwhile.

It allows us also to help our patients have control over their own health without blame or finger-pointing, which is huge.

“If we don’t start making our patients self-empowered then this country will be bankrupt.”

What really came across from the Prescribing Lifestyle Medicine event was the passion of the team. They hold in their hands this model, brilliant in its simplicity, that has the potential to revolutionise general practice and the collective health of the population, and they teach it beautifully. This course is perfect for GPs, medical students, and indeed anyone who’s ever been desperate to help a desperate patient. And the lunch (replete with wholefoods and perfectly balanced nutritional content, of course) was delicious too! 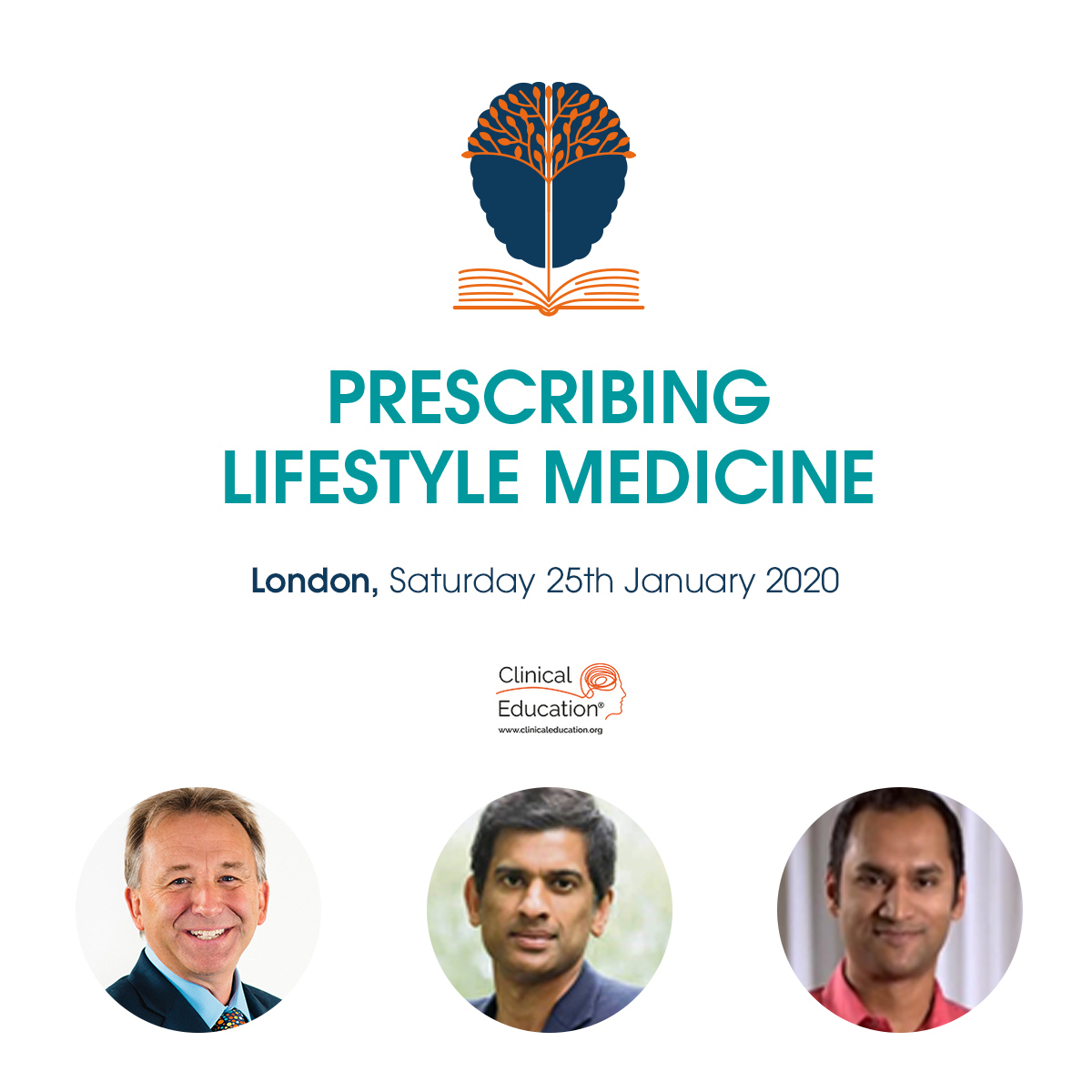