How Collaborative are Entrepreneurial Doctors?

You might not be surprised to find out that doctors make quite excellent entrepreneurs and the collaboration between doctors can lead to massive success. And why shouldn’t doctors be great entrepreneurs, anyway?

By default, being a doctor means you’re already a go-getter.

Having a background in medicine doesn’t hold you back from having that creative business mind, in fact, more often than not, it has the opposite effect. It can propel doctors into business due to:

a) Their transferable skills, and

b) A highly-driven mindset. 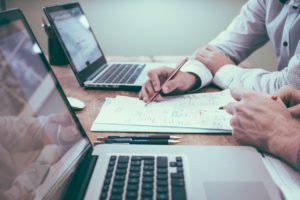 Agreed, it involves a totally different mindset and with an ever changing world of doctors releasing the chains of traditional careers in medicine for the next 40 years, opportunities are there for the taking!

It can be a leap of faith or a trip into the unknown, but with passion and determination, we all know what’s possible. And only your mind sets those limits.

With the explosion of strong health-related technology emerging each year, the med-tech world actually needs doctors and their professional experience & insights.

Firstly, there’s definitely motivation for burnt-out doctors to turn towards entrepreneurship which means that actually there are an increasing number of similar medical professionals sharing the same networking rooms across the world.

“There is an increasing acceptance that doctors will leave clinical medicine and do something in the startup world,” says Vishaal Virani, one of the co-founders of Doctorpreneurs. 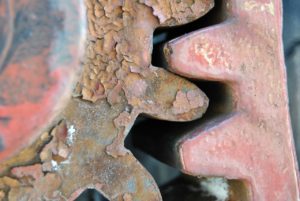 Collaboration for some seems inevitable simply through networking, researching and sharing their passion with other doctors they’re meeting at events and conferences. If you’re attending an event around this subject guess what, you’re going to meet like-minded people.

“By collaboration, I am primarily talking about shared learning and networking…”

He goes on to say, “…startups should either join up or compete until the only logical argument is to join up.”

Although many will disagree with this statement, it holds true for a great number of startups in general, not just health business startups. Often, it makes more financial sense to team up or be bought out than let your ego take over battle it out (no matter what the end result).

“Health Tech” has become a real buzz phrase in recent years, and for good reason too. Doctors don’t just stop caring about patients and the well-being of society, that’s a big reason why they trained in the first place.

Applying unique business skills to alternative industries is often enough to get an idea off the ground, but with networking and collaborating, it’s a game changer.

Lesa Wright, Consultant Psychiatrist goes on to share this very insightful thought on this,

“Collaboration doesn’t necessarily mean collaborating with other medics. It encompasses understanding the need for people with skill sets other than one’s own.” 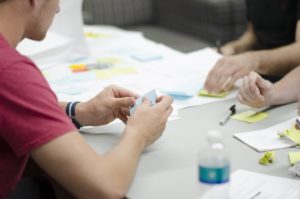 We’re now paying attention to sharing skill sets. This is where the magic happens, not just in health but ALL areas of business.

Take Echo – a collaboration (Sai Lakshmi and Stephen Bourke) to form a highly successful UK-based company that offers an NHS prescription service via a smartphone app that connects to your local GP to deliver your prescription right to your door. Genius!

It’s this sort of startup that is designed specifically with the patient in mind and therefore making patient’s lives easier and more convenient through the use of available technology that major e-commerce companies have already been using for years.

“The digital platform allows patients to share personal stories and information, supporting each other through challenging times in dealing with health conditions like cancer, fibromyalgia, and heart disease.

Offering a secure and anonymous online community, 47% of HealthUnlocked users say they access fewer clinical services because they have peer support on tap.”

Some collaborations are between doctors and business people, others show the initiative of doctors coming together – take Doctify for example. Another launch by two NHS doctors Dr. Stephanie Eltz and Dr. Suman Saha, it’s a startup that allows patients to search and book their appointments and access up-to-date reviews of specialists.

Lastly, another prime example where medical startups have been a success is Antidote (previously TrialReach), formed by Pablo Graiver, Dr. Jessica Mann and Dr. Eithan Ephrati.
This medical startup was formed to share the knowledge of clinical trials across the world, coinciding a critical partnership with the WHO.

Its main aim is to empower patients and doctors alike with their treatment options based on current clinical trials, going further by saying,

“How could it be so simple to book a hotel or flight, but impossible to find additional medical trial options for people suffering from serious conditions?

Most doctors aren’t even aware of what ongoing trials are out there because information online is scattered, complex and often unreliable.” 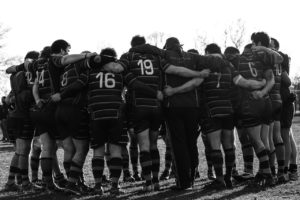 These examples show us that highly successful businesses are able to form and collaborate between both doctor-doctor relationships as well as private business minds and doctors.

In the future, we’re going to see more and more services like the ones mentioned, where patients have the ability to access medical specialists, book appointments online and connect with other patients experiencing similar health issues, all within minutes.

This is becoming increasingly important (vital in fact) to society today, where the burden on health services across the world needs to be reduced and if the implementation of health-tech startups can help resolve this growing problem, then we should all be involved in supporting them.

Collaboration between doctors is the future of health.